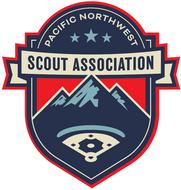 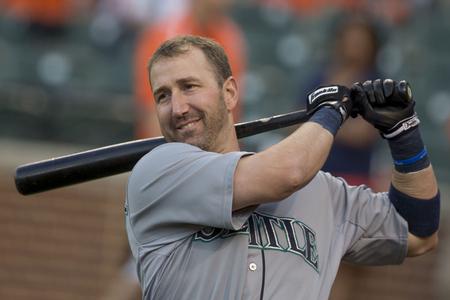 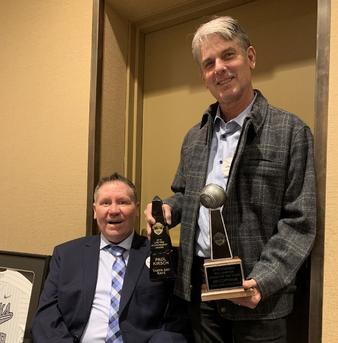 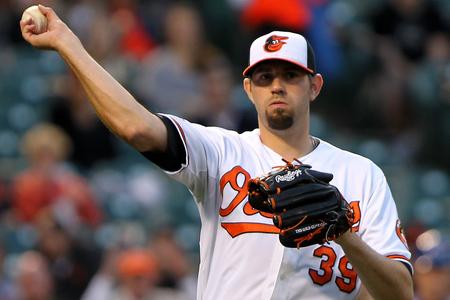 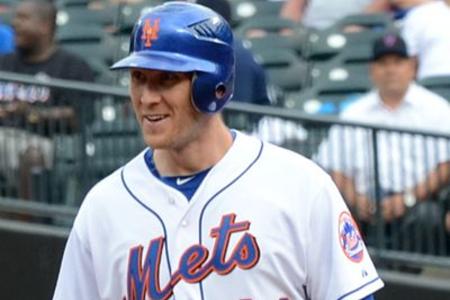 The Pacific Northwest Professional Baseball Scouts Association (PNWPBSA) is proud to announce our scouting award winners for the 2019 season. Tampa Bay Rays scout Paul Kirsch will receive the 2019 PNWPBSA Lifetime Achievement Award, and Oakland Athletics scout Jim Coffman will receive the 2019 PNWPBSA Bill Harper Scout of the Year Award. The awards were voted on by members of the PNWPBSA.

The awards were presented at the Old Timers Baseball Association of Portland Annual Banquet & Fundraiser on Saturday, January 11th at the Multnomah Athletic Club.

Paul grew up around the game of baseball. His father, Don Kirsch, was the winningest coach in University of Oregon history (445-242) as head coach for the Ducks from 1948-1970. Paul played for the Ducks himself before going on to a 7-year professional playing career, including three years with Cincinnati Reds’ affiliates. After his playing days ended, he coached professionally for the Reds, Royals, Marlins, and Twins. Paul started scouting for the Rays in 1996 and has been responsible for the club signing 11 Major League players, including Blake Snell, Jason Hammel, Ryan Brett, Shawn O’Malley, Zac Rosscup, Brandon Mann, Ryan Carpenter, D.J. Johnson, Jared Sandberg, Jeff Ridgeway, and Todd Belitz.

Jim grew up in the Northwest, graduating from Rainier (Ore.) High School before playing baseball and basketball at Clackamas Community College and baseball at Portland State University. Drafted by the San Diego Padres in the 23rd round of the 1980 draft, Jim pitched in the minor leagues for four seasons with Padres and Yankees affiliates. Jim is going into his 21st year with the Oakland Athletics, first as a minor league pitching coach from 2000 to 2007, and as the area scout in the Northwest since 2007. Jim was the scout in the Northwest when the Athletics drafted Ryon Healy out of the University of Oregon in 2013. Last year, Seth Brown made his Major League debut after being signed by Jim as a 19th-round draft pick in the 2015 draft out of Lewis-Clark State. Next year, Jim will likely add another big leaguer, as Brandon Bailey was recently selected in the Rule 5 draft by the Baltimore Orioles.

Dave grew up in Portland, pitching at Madison High School and then at Oregon College of Education (now Western Oregon University). He coached at Linn-Benton Community College, Yavapai Community College, and Portland State University before getting into scouting. Dave is a member of the Oregon Sports Hall of Fame, the NWACC Hall of Fame, and the NJCAA Hall of Fame. He covered the Deep South region for the Montreal Expos from 1999 to 2001, then the same area for the Florida Marlins from 2001 to 2005. He was the team's Scout of the Year with the Expos in 2001 and won the same award with the Marlins in 2003. He scouted the Pacific Northwest for the Orioles from 2005 to 2009. He then returned to coaching, serving as pitching coach for Notre Dame during the 2010 season and for the University of Washington in 2011 & 2012. He scouted Florida for the Marlins from 2013 to 2015 before returning to the Pacific Northwest for the Tigers for the 2016 season through the present. During his scouting career, he has signed the following players who have reached the Major Leagues: Jai Miller, Taylor Tankersley, Roy Corcoran and, most recently, Tigers lefthanded pitcher Tarik Skubal - who was drafted in the 9th-round of the 2018 draft out of Seattle University and made his Major League debut during the 2020 season.

Hank embodies the concept of a Lifetime Achievement award. All told, he spent 43 years working for the Los Angeles Dodgers as a player, coach, and scout. The only people who spent more time with the Dodgers are Tommy Lasorda and Vin Scully. Hank grew up in Kelso, Wash., playing for Kelso High School, as well as the Kelso American Legion Post 25 team (coached by Ed Cheff, who would go on to have his own legendary career as the head coach at Lewis-Clark State). After high school he played shortstop for Lower Columbia College and was drafted by the San Francisco Giants in the 15th round of the 1972 January draft. Hank spent seven years in the minor leagues with the Giants and Dodgers. He then coached in the minor leagues for the Dodgers from 1978 to 1980. He started scouting for the Dodgers in 1981, moving back home to the Pacific Northwest where he was responsible for Washington, Oregon, Idaho, Montana, the Dakotas, Alaska, Hawaii, and Western Canada. Over his career, Hank signed the following player who made it to the Major Leagues: Tony Barron, Todd Hollandsworth, Onan Masaoka, Jason Repko, Shane Victorino, Eric Hull, Steve Ames, Scott McGough, and Jeff Brigham.